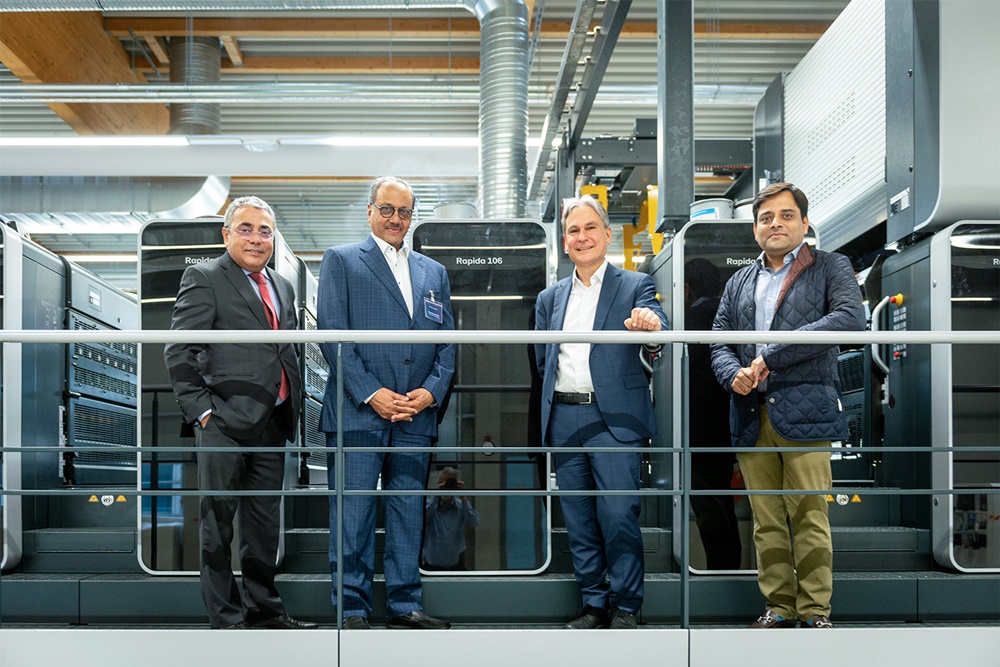 Parksons Packaging has been one of India’s most prominent Rapida users. More than 100 printing and finishing units are in use at the eight production plants operated by the packaging group. And more are now joining that number: Parksons Packaging recently concluded the biggest single order by an Indian customer to date and is investing in four high-performance Rapida 106 presses for the extended medium format. The presses concerned – for the most part six-colour coater presses, comprising a total of 29 printing and finishing units – will, in turn, be used in several production locations spread across the Indian subcontinent.

One of the four presses – a Rapida 106 seven-colour coater press – has already been installed at the Rajpura plant in the northern Indian state of Punjab. The second is currently en route to Sri City in Andhra Pradesh. The third press has been earmarked for shipment in December and the fourth by April next year.

Packaging print in medium and half formats

Come April 2023, Parksons Packaging will have installed and commissioned 17 sheetfed offset presses from Koenig & Bauer, mainly in medium format, but with one also in half format (max. sheet format 530 × 750 mm). That adds up to more than 130 printing and finishing units.

Even apart from the latest press investments, Parksons Packaging is on a clear growth trajectory. At the end of last year, the group acquired Manohar Packagings, a specialist producer of packaging for alcoholic beverages with plants in Goa and Rajpura. This now puts eight production facilities at Parksons’ disposal in seven different locations – in Rudrapur, Chakan, Daman, Goa, Rajpura, Sri City and Guwahati.

Not for the first time, the team at Parksons Packaging were won over by the outstanding productivity of sheetfed offset presses from Koenig & Bauer. Frequent reductions in job changeover times of 30 to 40 per cent have been made possible.